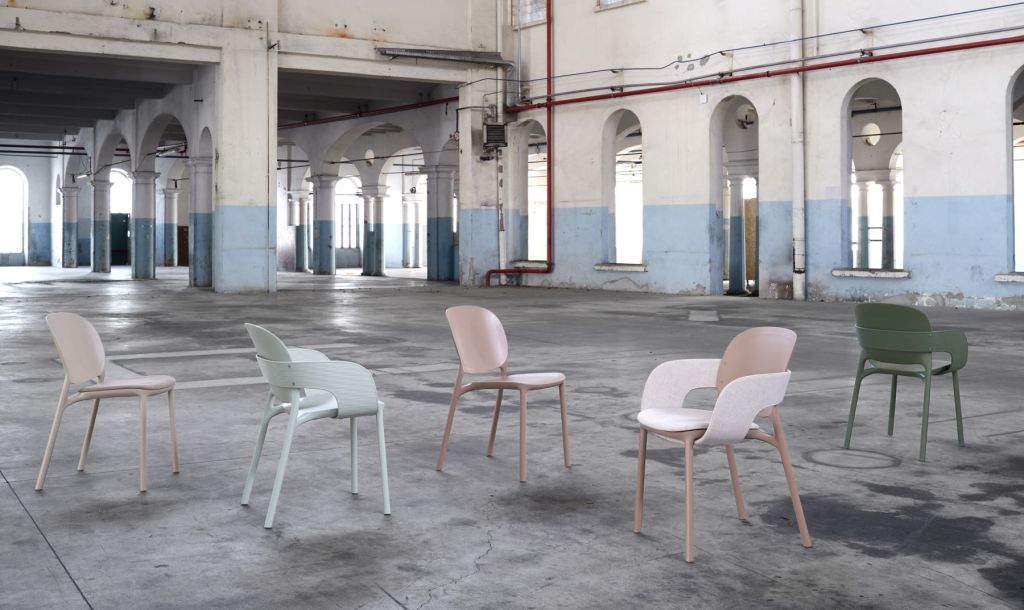 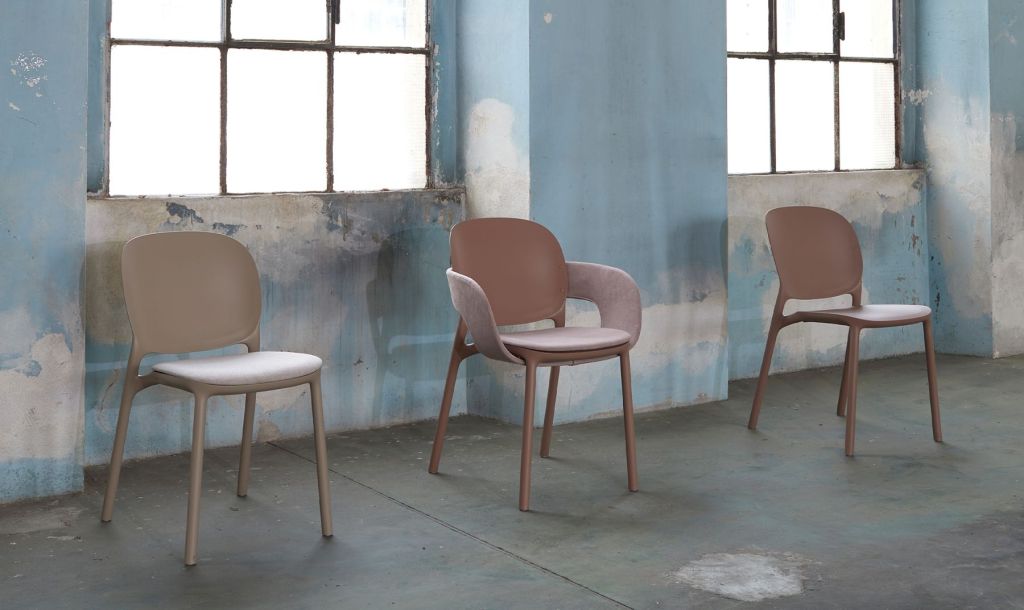 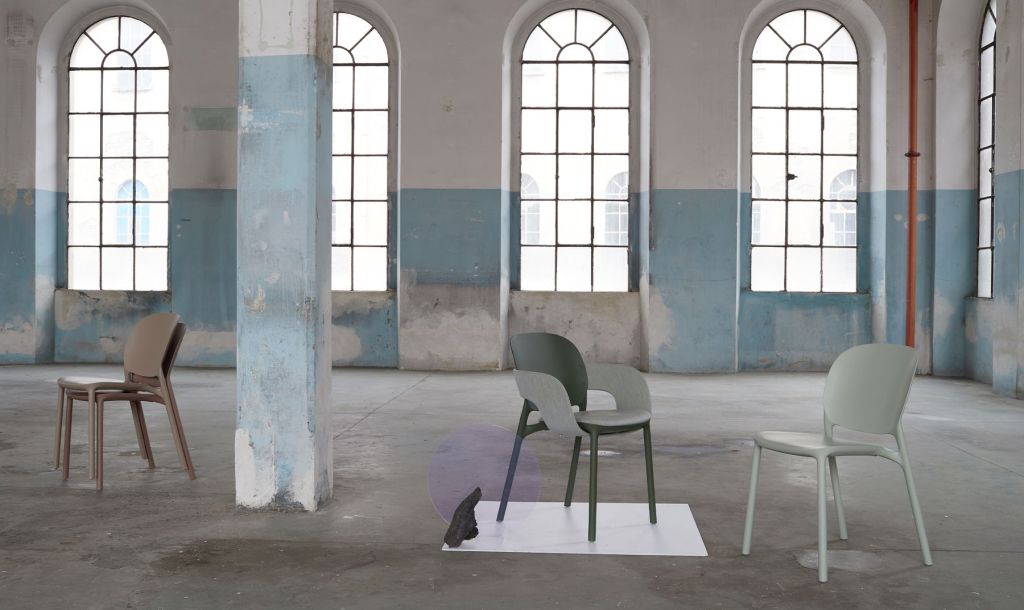 design Meneghello Paolelli
For our Hug collection, we chose the certified regenerated post - consumer industrial PCR technopolymer, obtained from the processing and regeneration of production residues thanks to the use of energy from renewable sources. This product thus reaches a higher quality and ethical level. An extremely distinctive element has been designed for Hug chair and armchair: between seat and back, which have rounded and bal anced shapes for best usability, the designers have introduced a band element, enveloping like an embrace. A luxury to be enjoyed both outdoors and indoors, following the well - established trend of treating both environments with the same aesthetic codes. Two variants are available: you can opt for a version entirely in technopolymer that is particularly graphic and beautiful to look at from every perspective, defined by an all - over embossed striped motif along the band; or a more graceful one, with the add ition of a seat cushion and padded band covered in fabric, to increase the effect of enveloping comfort.

The designers declare “The Hug collection represents the consolidation of the collaboration between Meneghello Paolelli and S•CAB. It is a complex an d ambitious project, a project that started from the origins of the company, a monocoque chair, and which comes to deal with real issues of usability and sustainability which represent today's society.”

Hug is technically a technopolymer monocoque, but it is actually a flexible system in which the components combine to create different chair and armchair configurations. Designed for the outdoors, it also fits well in interior spaces, with the possibility of covering some of its parts with fabric. The attention to the decorative aspect, not to the detriment of functionality, is evidenced by the proposal of the textile variants: a selection of soft shades, from neutrals to light blues to biscuit colour as wel l as black and white, made interesting by a melange effect and a visible weft, to be chosen among the various proposals in the catalogue, in combination with the shells for which, in addition to passe - partout colours (linen, dove grey, anthracite, mustard and olive green), S•CAB proposes the new sage green and caramel shades.